BERLIN (AFP) — Renowned French designer Philippe Starck says he is fed up with his job and plans to retire in two years, in an interview published in a German weekly on Thursday.

“I was a producer of materiality and I am ashamed of this fact,” Starck told Die Zeit weekly newspaper.

“Everything I designed was unnecessary.”I will definitely give up in two years’ time. I want to do something else, but I don’t know what yet. I want to find a new way of expressing myself …design is a dreadful form of expression.”

Starck, who is known for his interior design of hotels and Eurostar trains and mass consumption objects ranging from chairs to tooth brushes and lemon juice squeezers, went on to say that he believed that design on the whole was dead.

“In future there will be no more designers. The designers of the future will be the personal coach, the gym trainer, the diet consultant,” he said.

Starck said the only objects that he still felt attached to were “a pillow perhaps and a good mattress.”

But the thing one needs most, he added, was the “ability to love”. 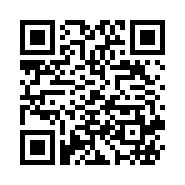